What do you choose? A poisoned rose, or a knife in the shadows?
Post Reply
20 posts

The last few weeks had been fairly eventful, all things told. Perhaps it was that Winter was continuing throughout it's season and Spring was upcoming, but the tension seemed to be riding high in the air - so high, in fact, that that very tension was one of the potential reasons cited for the "incident" between Ross and Everleigh.

That was why when he bust into the Hallow, out of breath, it was surprising to note that he was alone. His eyes were wild, as he looked about the room - an automatically alarmed set of lost who were certainly not used to anyone - even members - busting in in that way. Lily. Ross. Victoria. Piper. Sabrina. A series of faces who had all had to compose themselves, long enough for him to finish scanning the room and ask, almost desperately, "Mindy - did she come back here!?"
Top

*Diamond ... so it was known would go with Ricky too.... depending on what was to be done, she didn't distrust him, but she was shy and it was a few bunch she actually trusted, she would still go...

Yet, on that day, in particular, she had been spending time doing the sewing she was ough to do of late. So when Ricky burst in she didn't look up, she was in her room, it was the words 'Mindy and come back' along with the tone... that made her look up... and then go right on to check on the pawn's bedroom! if she was still sleeping with Sabrina, which she hoped she wasn't or in hers and Destiny if she had agreed to come with.... making sure to check under the bed*
riddle for mortals... or riddle for gods...?
Top 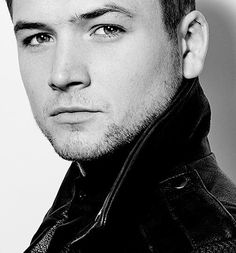 His eyes narrowed at the question, setting the book aside as he got up from the couch. "Not unless she snuck in...what happened?"
Your friendly neighborhood Latin Nerd
"Pay no attention to the man behind the Storyteller!"
Top

Everleigh had been making her way from the gym to the front room drying her long curls with a towel, her silver string trailing behind her. She had been hearing the rumors and it had not put her in the best of moods and she had started to distance herself from others again spending most of her time in the gym or her room. When the door flung open and a paniced Richie made his way in her brow raised slightly and she hung the towel around her neck. " No sorry I have not seen her since last night I think. Should I be rounding up the troops?
Top

There is a certain level of tone in a person's voice that can be distilled when something is wrong. If the fact that he flew into the room like hell on wheels wasn't an indicator, how he asked it certainly was - and that air was enough to raise the hackles of every individual in the Hallow, immediately. There were movements to grab weapons, only halted by the realization that it was one of their own that had done it. Victoria seems unphased, composing herself before Lily managed, and said, "What happened?"

"Sabrina shut the fuck up, this isn't the time," Richie said, looking about. "She ran. Shit happened and she bailed and I lost her scent when she ran and..."
Top

*She heard Victoria's voice, she heard Ricky, she moved, grabbing the sword that had been a gift, and her knife, which she tucked inside her jeans, got a jacket and simply strode out....

Now, you have seen her like this, for seconds, milliseconds, as you swear ice myst seems to shine around her, even if it's not ice, is the shine from her own skin as she just moves RIGHT in front of Ricky, next to Victoria* -where- *one word, Diamon looking quite right on to just stomp there and get Mindy back. now.*
riddle for mortals... or riddle for gods...?
Top

Damien frowned deeply as Richie continued, giving Sabrina a low glower before returning his attention to the other knight. "Define 'shit happened'." Diamond had rather forcefully asked the other question he had so he didn't bother repeating it, the hand at his side flexing briefly at the thought of one of their own in danger.
Your friendly neighborhood Latin Nerd
"Pay no attention to the man behind the Storyteller!"
Top

He looked at Richie again, then, "...because Mindy bailing from a bad date is one thing, you are scared."
Top

"I... well, we'd gone out. I don't know if you remember, but back in Arcadia Mindy and I well..." He didn't have to explain it. Visions of Arcadian dreams touch upon the memories just briefly. It wasn't uncommon - two pieces, sometime more, seek comfort and security in each others arms in that hellhole. Many of them had stories like that, spending time getting close to one another to distract from their hell. It was especially true of pawns - an image seems to almost resonate of pawns who would hang behind a piece, clinging to their arms - both for their own protection and because of the representation on the Arcadian Board. "She's been different since she got back. She got back and --"

"Both of you, -shut up-," Lily said, turning to the others, "We need to find out where Mindy went. Now searching blindly isn't going to get us anywhere, and fighting each other won't either. Does anyone have any suggestions on how to find her?"
Top

*Diamond STARED at Richie, like if he was the dumbest, most horrible man ever.. then blinked, as something clicked absolutely clear in her mind....

And then... then Diamond is striding to Richy to simply rather, just SLAP him* IDIOT! *well... and then the little Throphy starts stalking out of there, her mind set on going to the last Winter Court place she was at with Mindy* IF she doens't want you to find her, you won't *is all she says as she seems to be about to just get out of there to find her friend*
riddle for mortals... or riddle for gods...?
Top
Post Reply
20 posts