What do you choose? A poisoned rose, or a knife in the shadows?
Post Reply
31 posts

OOC Jakondite has not forgotten you guys, hes just really sick. When he gets better he will get on and post.
Top

(I want to take a moment to apologize to everyone for the extensive wait; between the Holidays and not one, but two periods of falling ill and incapacitated in the last month, I haven't had a lot of time to focus on gaming and being online. I should be better at this point, so I would like to - if people are still about - continue as much as possible) "You know Shane," A voice said crawling out of his room. Richie wasn't insanely popular these days due to his willingness to work with the very bastard who'd put them into half their more torturous positions on the board, but he didn't let that bother them - they were bound by oaths not to really harm each other, which kept him as a member of the motley even if unpopular by most views. The other knight approached, looking over at the Wheeler-based knight, and said, "You don't actually need an ID in order to get a job. You just need to know the right people."

"Don't know I'd call you the expert on the 'right people' Richie," Anthony said coolly.

It was hard to say if it was a jab about Thomas, or a legitimate concern about the company the knight wielded. Richie, after all, was something of a 'pusher'. He typically got things done using less than legal means. It worked - money was money no matter how dirty it was, and even the most legal jobs could be said to have someone's blood stained in the paper you were paid in.

"It's the same kind of people that Victoria will be using to get the ID's. Kind of hypocritical to pick and choose when you use those people." Richie said with a little shrug.
Top

"Well...oh hey, Richie." For a moment Shane's ears had pricked up as a sign of interest at the approach of his once - and formerly hoped for future - smoke buddy, then the whole Thomas Affair came back forward in his brain and settled in. "So, ah, what's up? You said you found a job?"

He had grown up watching other people in his family working off and under the table, it was a matter of not drawing the wrong sort of attention, and he wasn't adverse to that form of income. "I mean, you and I know about, well....selling shit for pocket money in the hallway at school, but, I kinda want to get paid again. In case I can't get back with my family, you know how it is." The fact that he could make for one hell of a courier, or maybe even a sort of watchdog for people who raised sheep for their own fiber projects wasn't lost on the 'wheeler'. He scratched thoughtfully behind his ear as he decided to put that idea away for safekeeping.

Hearing Anthony's comment he paused scratching with his hand still raised in mid-air, wondering if he was being too friendly with his fellow outer orbiter knight piece.
Top *She still stared a bit weirdly at the wheeler knight.... before just quietly make her way back to her room*
riddle for mortals... or riddle for gods...?
Top 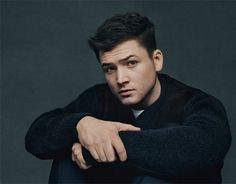 Damien looked towards Richie as he emerged, giving the other knight a nod after a moment. Unlike some of the motley he hadn't made any real moves to shun him for his choice in court, although few knew the true reason why that was the case.

"I'm working under the table at a restaurant in town at the moment, so can't say too much myself." He offered a small shrug. "Having the paperwork to go with it does make things easier overall, though."
Your friendly neighborhood Latin Nerd
"Pay no attention to the man behind the Storyteller!"
Top

"Sounds like a plan, but..." Shane paused for a moment, then "....it ain't like doing something on a high school level. What happens to you, or me, or everyone gets put in a bad way because of the game being upped and we fall into something? An arrest record is one thing, but...I dunno. You know how, ah, certain parties like to follow what's going on and how to track us through it. I gotta think about it, Richie. The big picture, being made to stay in the same box with people, then say I get caught. Or you get caught." He nodded towards the Trophy's back as she left the room, then, "I have to think in a larger sense than I used to."
Top

The Darkling remained quiet for the moment, letting the other two knights hash things out on their own. He had his own personal thoughts on recreational use of certain substances but he also wasn't one to judge; as long as no harm came back to the motley he wouldn't raise a stink about it.

(Feel free to skip around me as needed, will pop back in when a good spot for it opens up)
Your friendly neighborhood Latin Nerd
"Pay no attention to the man behind the Storyteller!"
Top

(My apologies, Colibri - I didn't realize that Diamond had left the room)

"That's literally anything for us, dude," Richie said. "Humans are nothing with what we got, but even the most basic job doesn't make us safe from the real threat. If anything, going the route that's illegal by human means is still safer than being tied nine to five in the same place where anything can come after you."

Theoretically. That 'schedule' had some sort of... weird effect on the creatures of faerie though, so it wasn't like that was completely off the table for the fae in hiding.
Top

"I'm gonna have to think about it, Richie. I want to work out some things first. But yeah, great offer. I just have to get my linear way of thinking back, or at the least stop having one way of thinking dart over" ...he pointed towards a corner of the room...." there, and trying to concentrate on something here..." he tapped the floor in front of him.

"I mean, moving at speed means having to process a lot of information at once, if I don't want to eat shit by running into something. At rest? All that processing still wants to exert itself. So I gotta learn to check it."
Top
Post Reply
31 posts

Users browsing this forum: No registered users and 6 guests