Surrounded at all sides, will you be the Hunter or the Hunted?
Post Reply
16 posts 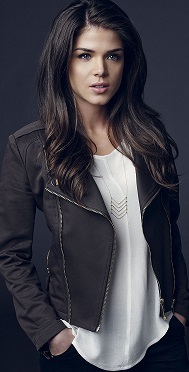 She spent a good deal of the week sleeping over with Samson, so it was pretty regular now. She had let him know that Melody and she had decided to go ahead and bring in the furnishing for the boat, make a day of it. That was the information given the night before, in the morning she had gotten dressed and pulled her shoes on just as Bellamy knocked on the door.

The day had passed with moving stuff, and bringing stuff in.

She kept the worn leather chair as that seemed to be something Samson liked, and frankly she did: It was comfortable.

She was currently eye balling the mess of pink that Melody had chosen, Cersi had put it pretty much in one corner to decide how to space that out. It was a LOT of pink, and unicorns and....

She found herself wondering if Pink plushy unicorns could have a spirit and shuttered.

She turned "I take it now that you can see, you find pink to be your favorite color?"
Top 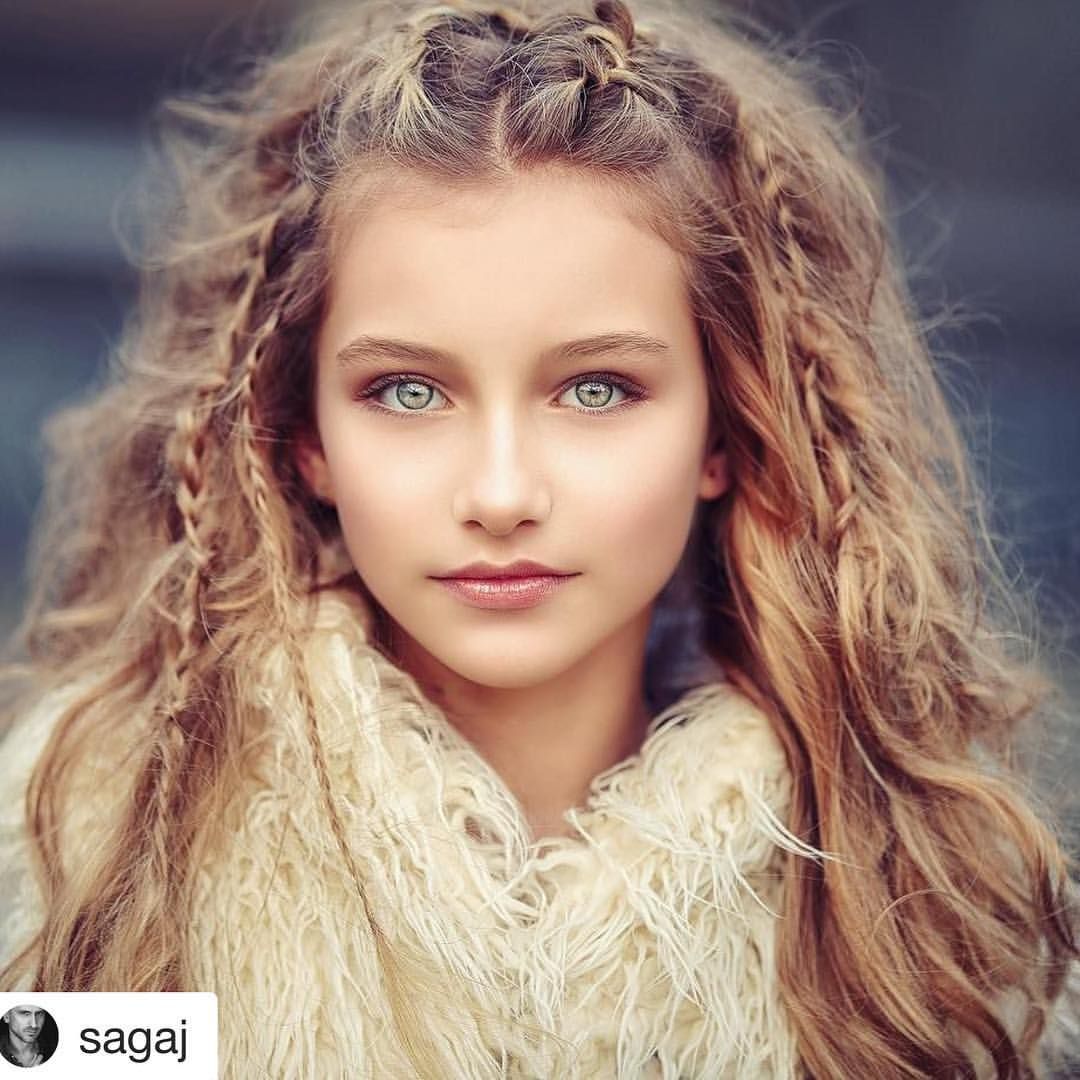 *Well she had been asked to help and Cerci HAD mentioned fluffy pillows, thus the idea had been born.... she had been standing there watching Cersi contemplate the pink mess, then she blinked, blink, blinked, looking to her pack sister* It is actually red.... but... nothing red sparkled! *her eyes shone* Have you notied how it reflracts and reflects the light in a gazilion colors that separate and smear and project even more colors, convinging! if you see it from the left side its shining whine, from the right it creats a rainbonw, and if the light reflects it spreads and aprces the shimmering into every surface, creating even more mixtures that could reflect even more!.... Also I remember you mentioning unicorns *she was not sure if it had been along the lines for do NOT or DO.... you know a hummingbird passing by had distarcted her just then* You also said he needed more color... and I thought red was a bad idea as it ensited the impluse to see the REAL red that runs in once body *well it did her, blood was so sparkly and deeb in tone! *
riddle for mortals... or riddle for gods...?
Top

She nodded "Yeah thats the down side of red, no real sparkles. I kind of think we should put the pink and unicorns in a corner " She motioned "That way we can doll it up like a princess area. I do like the fluffy unicorn chair" She said, she liked darker colors but this was kind of cute.

"Yeah , I read that red tones in the house tends to make people angry. Dunno how true it is though" She shrugged and laughed "think Samson will complain??" She motioned to the mess of pink. "At least we didnt ask to paint the wall in glitter paint. which apparently they have"

Bellamy just rolled his eyes and brought in some other stuff.
Top

*She tilted her head, and grinned* I hope not...I love the littery pillow..... its so.... shiny! *and a look to Cersi* in a corner? Do you think I overdid it?....*eyes glinting* should I bring more? *impish little smile, she is joking, okok, she overdid it, and a hummm, then she doble look sto Cersi* THEY HAVE GLITTERY PAINT?! ooh!! can we get some?! lets get some?! *and leans to wishper NOT so discretedly* we can paint Belamy all over *she saw the eyerolloing mister!*
riddle for mortals... or riddle for gods...?
Top

She shook her head "No, I dont think we over did it. But I figure that having it in one place could be good. Sorta designated" She blinked and laughed "I think we would have to ask Samson if he minded glitter paint on one of the walls. He might regret allowing this as the pack house if we did it without a okay"
Top

*She giggleD* I don't mind if it is not for here... I waaant to see that paint! *She just wants to see it! get it! paint something! be it Belamy or Cadence! whomever she can rope without .... forget it, she wants to see it!!! She grins* We should bake something, so he takes the pink corner with a kinder eye.
riddle for mortals... or riddle for gods...?
Top 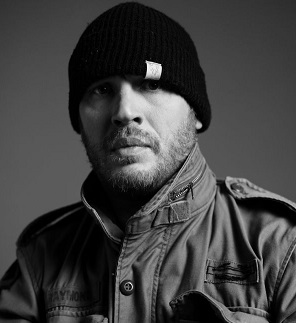 Conditions: Resonant (Nimhur-Zela; Persistent) | Tilts: None
Samson and Mike had finished the interior of the boat in relatively short order and it had been an on-again, off-again effort throughout the previous month. Samson had put in a lot of elbow grease by himself while Mike had processed the truth which the Rahu had revealed to him but the end result was a finished interior. More or less. Planks had been replaced, walls re-painted in neutral colors, rusted areas of metal had been cleaned, leaks had been patched, and the old steamship had been given an overall improvement on the inside. The living quarters on the main deck, towards the fore of the ship, had been his primary area of focus.

The full werewolves had keys to get onto the ship at will. Cersi, Melody, and Lucien could come and go as they pleased. Some of the Blooded had been extended the same courtesy; Stephanie, primarily, but she was his sister too. Samson would have no objection to Bellamy having a key either. For now, until Mike had more time to get used to the world as it was, Samson preferred to keep slightly more distance there. He knew Mike, trusted him, but Mike also had an element of unpredictability to him at the moment. If he was going to be seeking silver arms, Samson didn't want there to be a misunderstanding. Cadence was welcome as well though as she was a minor he hoped Melody would make sure things didn't look untoward.

Now Cersi and Melody were moving things in. Samson had made a run to the store and come back in time to see Bellamy carting in a box of items. He'd picked one up to help the man, hefting it in one arm, shifting his grocery bags to the other, and followed Cersi's brother aboard. He put the food items in the kitchen then went back up to the main deck to find the women. Naturally, his first thought was a simple;

"Very pink."
"I don't want to alarm you, but right now, there is a skeleton inside of you. What happens if it wants to 'get out'?"

When Samson appeared she turned to him and half smiled "Hey hon. So, I figured since the corner space would be good for Candence and Melody," Which was where all the pink was "And I made the mistake of mentioning that there was glitter paint, I figured you would not approve of that wall" She pointed where the unicorn and pink stuff was "was painted in purple glitter"

She grinned "Just remember that they are both underage" She chuckled and looked back "I am keeping your chair in here, " She looked at him "if you want it. If not we can replace it with something newer but its been pretty comfortable so far"

She would probably protest Bellamy having a key for the simple reason she didnt need her brother walking in on her and Samson in ANY situation. That would be by far more awkward then having to explain to dad running away naked.

"Do you have any kind of storage space on this boat? I was thinking we could get a cot for the packmates but keep them put away if they arent here"
Top

*She turned when Samson came, and smiled, half sheepish, half impish, one third just ... well COLORS ARE AMAZING!, and pointed to Cersi* Her fault, she said color and mentioned the unicorns... although I just saw the glitter and... it SHINES!!! it sparkles!!! *eyes opening wide with fascination* and reflect and refracts and..... thought red was a bad idea.... and then saw more glittlery things and DID NOT know there was a glittery paint!! can I paint at LEATS Bellamy with it?... I think Cadence would kill me, and she knows where I sleep, Bellamy doesn't.... I can also gedl him if he tries something *she winked to Cersi to make CLEAR she was joking, she didn't want to geld Bellamy... unless he made her sister cry, but then she'll let Cersi do the gelding... or something, mean pack sister brother... and pack brother... ok fine, no gelding. Jeez if anyone could get in her mind they'll get lost... she was lost.. what were they talking about?!.. oh! Glitter*
riddle for mortals... or riddle for gods...?
Top

He'd need a new one, eventually, but what he had now worked just as well. It was familiar and contoured to his body without losing any of its cushion. Samson didn't spend a whole lot of time I'm not but it was relaxing when he did.

As for the pink and glitter, he didn't show much reaction.

"Never thought of glitter like that." He'd also had his sight from birth. "Your gals space. I don't mind if you color it."

Home was home. If the boat was to be that for the pack then they needed to be able to put their own touches on it. He looked to Cersi again.

"Little bit of storage on the lower deck. Could fit a couple cots."

He'd abstain from having given Bellamy a key as that's what Cersi desired.
"I don't want to alarm you, but right now, there is a skeleton inside of you. What happens if it wants to 'get out'?"

Hit me up on Discord; SinisterUrge#7806
Top
Post Reply
16 posts