A Location for setting information, as well as OOC knowledge relating to the Werewolf Game and the setting of Havenswood.
Post Reply
6 posts • Page 1 of 1

Alright, so I am aware that we have 5 players in our system for the Wolf-Venue. I am aware that that means there is only a small pool of people to draw inspiration from and to utilize it and spark this kind of contest - but I also feel like trying anyways to get your collective juices flowing. Grasp those touches of inspiration you might have in order to see how you might build the world.

Now for those of you who do not know / have not read, a loci is an object, creature, or a person which has a deep connection to the Shadow. This entity - no matter if it is a creature of flesh or an object - is sacred enough that it produces a zone of influence around it that beings of the Shadow can cross over into. These waystones produce 3 essence per day which means they will be haunted by spirits if unattended, and have a resonance which means a certain "feel" about them, from a haunted house to a charming and warm pastor.

The challenge here is to create interesting concepts for Loci. If all of you write in at least one idea, I will reward the Pack with a beat for every idea presented that isn't mine (to a maximum of 2 Pack Experiences). As for the prize, I'm still deciding on if it is experience, the loci in question, the incorporation of your tribes sacred prey to fuck with you, or anything else - so for now it's a Mystery Prize!

Anyways - you may write in a Loci idea that may be utilized in play on this field at any time, however the deadline for determining the winner and the Pack Experience is October 1st. If you acquire enough ideas to get the full 2 Pack Experiences, I may decide the winner early - and look forward to your ideas. I will be presenting two potential Loci below, so you know what I am looking for. The Nameless Journal
In New Haven, some folks have managed to get their hands on a mysterious journal. This journal holds the secrets and keys to much occultic lore, and always seems to be a part of an incomplete set. The author is never mentioned, and the writing is scribbled and erratic. Drawings and notes, symbols and meanings line the book throughout it, to the point to a lot of people much of it doesn't make sense. All of these books are filled with hidden secrets, even beyond the evident and clearly written secrets on their pages - and one of those secrets is that at least one of these books is a Loci.

Resonance: The book is mysterious, obviously holding much in the way of both knowledge and secrets - but it also has a certain feel to it... like you shouldn't read too deeply, erratic and maddening to a degree that many might find frightening. 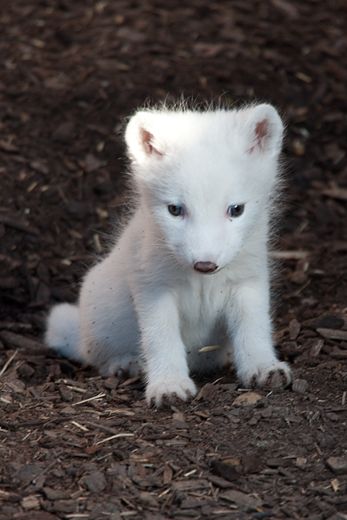 The Snow Fox
A small and infantile thing, the white fox is a small legend among the local hunters of the area - and something that they've been trying to poach for years. Sightings are frequent, but the fox is cunning and deceptive, and seems painfully aware of the creatures that would hunt it. Still, it is a simple animal - and only a matter of time before the hunters finally catch their prey.

Resonance: Unsurprisingly, the White Fox bears a Pure and Vulpine Resonance - a symbol of purity as well as cunning, it tends to draw spirits of animals around it, as well as spirits of deception.

You'll notice that both of the options that I used were not stationary options. The reason for this is because, while it is entirely possible for a building or a room to be a loci and there are deep benefits to that, I wanted to also impart that there should be no real limitation on your decisions of what might constitute a loci - the only thing that is probably important is the resonance, and the resonance is just a certain look, feel, smell, or sensation of essence around said entity.

There is a legend around the local kids, they keep talking about it. They are telling each other they should NOT go into dark rooms that hold a round mirror, because if you do SHE will show up. She being a little girl, over six years old, she always appears when a child is alone in a dark room, that contains a circular mirror, she always hugs a dirty, reagged, white teddy bear, which is what many say might be the magical, just, it is in the possesiion of a little girl who only shows herslef to other kids.... and she always asks to play with.... children say you should not agree to play with her, because if you do, you'll have to go into the mirror ... and you'll never come back out. Those who know can related the Foci is the Mirror.

Resonance: "Dreary, Haunted - The Mirror seems to cast an almost darker reflection of the viewer behind it, eerie and imperfect"

The Lovely Bones
Havenswood has it's share of oddities and local haunted locales, both real and imagined. In one of the caves along the seashore, where the rock has been worn away over the preceding millions of years, lays a small circular chamber. In the middle of this chamber, atop a raised bit of rock, lay the lovely bones. 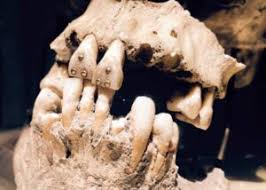 The lovely bones are a mineral-encrusted skeleton half sticking out of the rock and half contained within. They glitter like they're coated in diamonds when light is shone on them. No one really knows who the bones belonged to. The few who know about the cave have speculated they were a native sacrifice or a stranded sailor who was washed inside. There's no way to know for sure. Strange bits of pale fungus grow upwards through cracks in the rocks around the bones' rock, looking disturbingly like human fingers. Some have reported seeing a glow inside the eye sockets while others have reported the bones seem to change position inside the stone or even were missing before returning to their place of final rest, but that's impossible... No one has seen the bones move, of course. Sometimes strange whispers come out the mouth of the cave and the wise know to avoid the lovely bones when they do lest someone fall asleep and sleep through the rising of the tide.

Resonance: Fatigue and Greed; people near the bones feel tired and like laying down for a spell or as if they've been swimming for too long. They also feel a strange sort of greed. The minerals in the cave are common, worthless, but some can't help wondering if there's buried treasure nearby. If the skeleton belonged to someone who died hiding riches. If the skeleton still stands guard over its hidden hoard. Maybe someone would have gotten digging equipment but disturbing the lovely bones feels sacrilegious.
"I don't want to alarm you, but right now, there is a skeleton inside of you. What happens if it wants to 'get out'?" 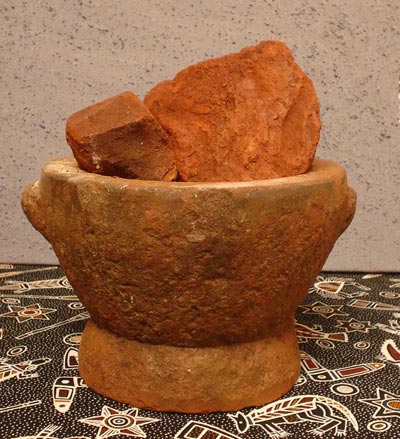 First discovered in the Red Coher burial site in New Haven, the pottery has a otherworldly feel to it. There are stains of blood within which suggests that this bowl was used in some ancient ritual.

This is a simple crude pottery bowl that looks like it could have been used as a pestle and morter and was found at what the archelogoest believe to be a medicine woman.

Resonance: Age, the stone pottery feels old like it holds the secrets of the world within.

Havenswood is a trap, its not even a gilded cage. Its inhabitants overly religious and unwelcoming. Many can not handle the trapped feeling and find only one way out: Suicide cliffs.

So many have met the unfortunate fate of deaths cold grip at the bottom of suicide cliffs that the stones are stained red with their blood. The blood, the personal sacrifice of life has given some unholy pull to the stones.

The stones are black and those with good eyes, or those who stare to long can see the blood splatter that the waves wash over.

resonance: Desperation and Release: The stones feel like a desperate hope of sweet release of the cage that is Havenswood.
Top

They say you should be careful where you walk in the forest around Havenswood, you could cross onto the Beast Territory, you could walk onto beast and claw, you could find yourself in the deepest of darkness in the middle of the forest.... or you could simply find yourself falling into nothing....

The Swallow Pit is named correctly, many a swallow have been seen flying in and out of it, but rarely has it been heard of anyone who has actually walked ... or fallen, in. It opens suddenly in the middle of the forest, and no one, ever remembers exactly -where- ... in the forest... North? South? how many kilomenters in... no one knows. They just know its there, waiting to collect the next soul to wander into its darkness and become one more swallow to fly in....

This locci is known for wishpering the secrets of those who have died or some close to die, a secret spiller it holds more secrets than the praying cranks at Church, but the price? it might be too high as no one who has bentured in has even been heard of again.

Resonance: Knowledge, alluring - when you see into its depths you know every single thing you have ever wanted to know is there... if you are lucky enough to actualy SEE it before falling in.... and all it takes is take one small step into the depths.... 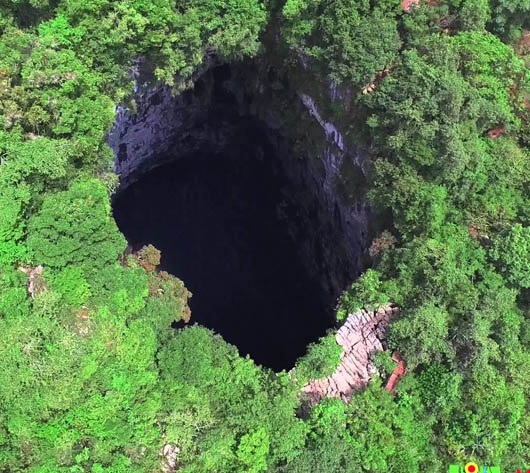 The trinket seems innocent enough, harmless, charming even. The little square antique music box shows the wear of age, having been treasured and held by many hands over the years.

When the key is wound, and the lid is opened, carefully lifting the tiny clasp, up stands a lithe porcelain ballerina, forever stuck in a pirouette, dancing before cathedral window shaped piece of mirror. She twirls to the slow, deep tempo of the music, a Beethoven song - Für Elise. http://www.giftsonline.net/music_listen/furelise.mp3