Surrounded at all sides, will you be the Hunter or the Hunted?
Post Reply
24 posts

It was only a few minutes before the bar closed, most the patrons had left. She quietly pushed the doors open and slipped inside. Moving to the bar she pulled herself up into a bar stool: She wasnt a lone. Samson was with her.

She watched Lucian clean and cleared her throat "Excuse me"
Top 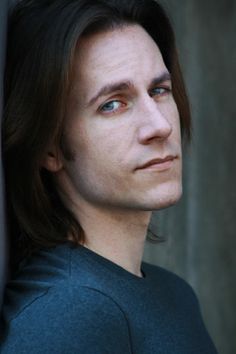 Lucian 'Deadeye' Williams
Auspice: Irakka | Tribe: Hunters in Darkness | Watch This Space
Lucian was behind the bar as always, going through the usual cleaning routine that came when the night drew to a close. He looked up as Cersi entered, watching her for a moment before giving a nod. "Evening. What can I get you?"
Your friendly neighborhood Latin Nerd
"Pay no attention to the man behind the Storyteller!"
Top 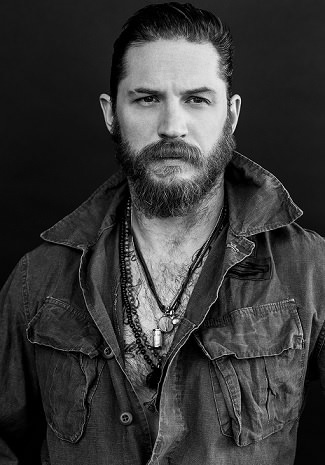 Samson 'Still-Waters' Ward
Primal Urge 1 | Hishu | Health (Uninjured) | Essence 7 of 10 | Willpower 4 of 4 | Harmony 7 | Defense 5 | Armor 1/0 (Thick Clothing; Torso, Arms, Back) | Unarmed | Iron Stamina 3 | Active Gifts: None | Cunning 1, Glory 1, Purity 1 | Auspice: Rahu | Tribe: Iron Masters | Pack: Storm Chasers
Cersi had decided tonight would be the night to approach Lucien and Samson wasn't opposed. There was no reason not to and he'd known Lucien, casually from around the bar at least, for a bit now. They shared a mutual acquaintance through Harlem, whom Samson hadn't had a chance to talk with since the night of the hunt. Harlem had seen things that night which probably needed addressing, not that the man hadn't been seeing things before then too. But if he hadn't talked to Lucien about it yet, he would soon, Samson reckoned. After all, both men had arrived together as outsiders, even if neither truly was anymore. Depended who you asked.

Entering the bar behind Cersi, he saw it was mostly cleared out, which was well and good. He gave Lucien a nod, raising a hand in greeting. Samson was a regular around the place, coming over after shift with many of the other dock workers. He kept to himself mostly, drinking a beer or two with Mike but never getting inebriated himself. He'd be game for darts from time to time but mostly? Samson was a guy who liked to park at a corner table, nurse a drink, people watch for a bit, and then go home. He didn't cause fights. On those rare times someone had started one with him, Samson had the manners to take it outside. Most folks didn't provoke the quiet man anymore.

"Lucien." Samson verbalized a greeting. "Nothing for me, thanks. Came for a personal talk."

Cersi was better at talking than he was. Samson could mingle as needed and avoid making too big a fool of himself but his packmate was better suited to taking point on social niceties. Which was funny in a way, given her Lockwood reputation for being more rough and tumble.

"Recent events and all." And then offered. "Can help close up so we don't keep you late."
"I don't want to alarm you, but right now, there is a skeleton inside of you. What happens if it wants to 'get out'?"

She grinned at Lucian and inclined her head as Samson spoke. "Actually Id like to talk to you, well, we would. Privately and not here" She breathed in "yeah, if you need help we can help you close so we can have that conversation sooner or later, and dont worry" She pushed a lock of hair behind her head "I dont plan on biting, so. No problems"
Top

Lucian 'Deadeye' Williams
Auspice: Irakka | Tribe: Hunters in Darkness | Watch This Space
Lucian was mid-glass polish at the mention of a personal talk, more so when Cersi added the need for privacy and to not be at the bar. The "I don't bite" comment earned a quiet look before he nodded. "Alright. Shouldn't take took long with three sets of hands."
Your friendly neighborhood Latin Nerd
"Pay no attention to the man behind the Storyteller!"
Top

Samson 'Still-Waters' Ward
Primal Urge 1 | Hishu | Health (Uninjured) | Essence 7 of 10 | Willpower 4 of 4 | Harmony 7 | Defense 5 | Armor 1/0 (Thick Clothing; Torso, Arms, Back) | Unarmed | Iron Stamina 3 | Active Gifts: None | Cunning 1, Glory 1, Purity 1 | Auspice: Rahu | Tribe: Iron Masters | Pack: Storm Chasers
With Lucien agreeing to talk with them, Samson got to work helping clean the place up. He operated under the bartender's directions; sweeping the floor, wiping down tables, cleaning the bathrooms, or whatever was needed. He wasn't in a rush and made sure to do a thorough job at whatever he was asked to do. Samson didn't want Lucien catching grief from the owner.

When they were done, the last patrons having departed and everything set right inside, Samson spoke again.

"I live down the way." Samson said to Lucien. "House boat in the old docks neighborhood."

It was private and he figured it'd be less of an issue to speak freely within. Being a fifteen minute walk also put it close.

"Melody Compton might join us." He wasn't sure if she'd be able to get out of her house or out from under the eyes of her parents tonight. "Might also be a fifth; Nimhur-Zela."

First Tongue for 'lightning-cloud'. Samson didn't know if the spirit would be there or not but a gathering of all the uratha meant the totem was invited as well. It was a pack matter to discuss, after all. But Samson figured he'd be upfront and avoid surprises. Werewolves had tempers and he didn't know what might trigger Lucien into kuruth.
"I don't want to alarm you, but right now, there is a skeleton inside of you. What happens if it wants to 'get out'?"

Then turned and started to put empty bar stools up off the floor and whatever Lucian directed. Like Samson she was thorough.

Finally done, she stepped outside with the two other Uratha and started to walk towards Samsons House boat. She side eyed Lucian to see his expression about the first tongue and wondered if he had already figured it out. "She is there" Cersi said. she wouldnt miss this.
Top 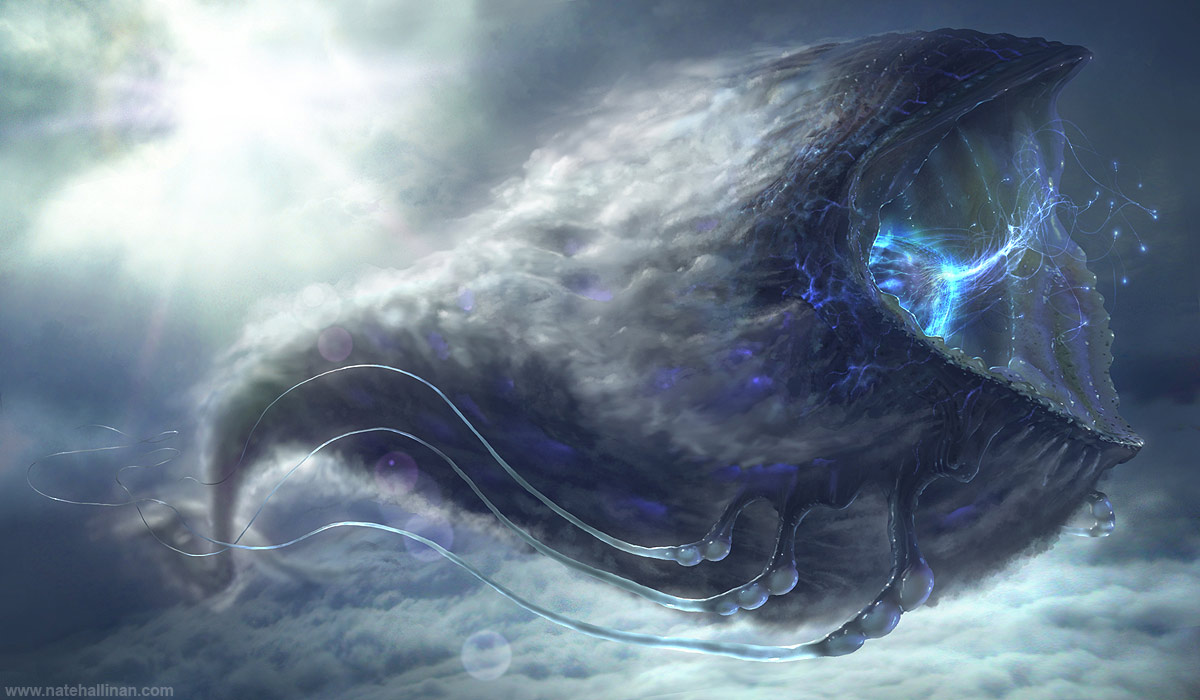 Nimhur-Zela - The Lightning Cloud
Totem 10 | Power 3, Finesse 2, Resistance 5 | Numina: Blast, Pathfinder, Regenerate | Ban: TBD | Aspiration: TBD
Of course, the Totem would be present for the meeting that the wolves would be having. For the most part though, the totem would be keeping itself in the Hisil and observing the actions and choices that it's patronized wolves were taking - pushing through the gauntlet here would be more of a task than it wanted to attempt unless they had need of it directly or it needed to speak directly. It was enough - it seemed - for the youthful, slightly directionless totem to let them know it was there.
Top 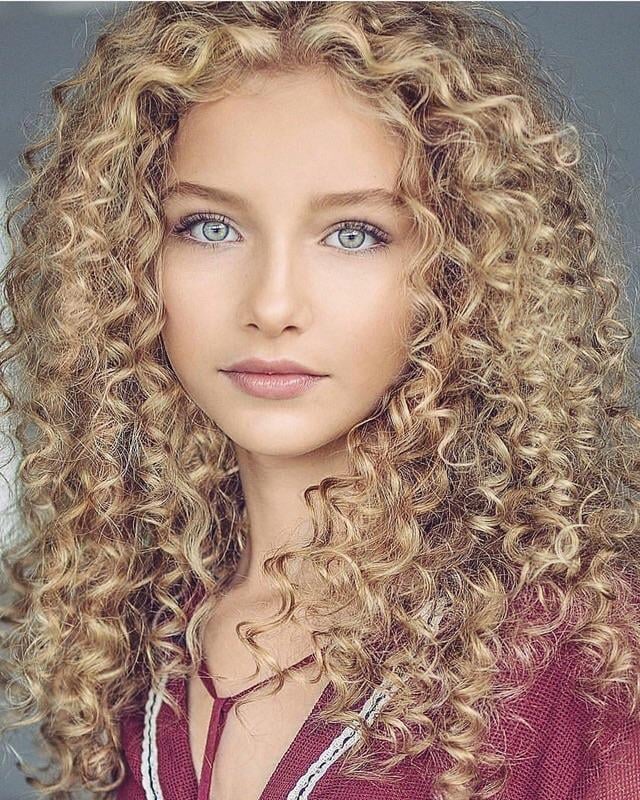 *She was there too, waiting, sitting by where Samson had his boat, mostly sitting next to where he had docked his housboat, so she could stare at the ripples in the water as they reflected the moonlight while she waited for them, mean HAD you EVER seen how amazing those shimmering shivers on the water looked?! and the reflection refractin and a myriead of different tones...*
riddle for mortals... or riddle for gods...?
Top

Lucian 'Deadeye' Williams
Auspice: Irakka | Tribe: Hunters in Darkness | Ambidextrous | Fast Reflexes 1 | Trained Observer 1 | Renown: Cunning 1, Purity 1, Wisdom 1 | Primal Urge 2 | Active Gifts: Honed Senses
Considering Lucian was the owner there wasn't anyone but him to give grief about such things, and the Irakka was content to direct the pair in getting the place set up for the night. The First Tongue did get his attention, leading him to watch Samson for a moment before nodding. The pieces were falling into place easily enough, especially with the mention of a spirit being involved. "Alright."

Once everything was done he locked the doors to the bar behind them and followed the pair to the boat. "This having to do with the run you went on last time you were at the bar, I'm guessing?"
Your friendly neighborhood Latin Nerd
"Pay no attention to the man behind the Storyteller!"
Top
Post Reply
24 posts

Users browsing this forum: No registered users and 2 guests