On The Outside [Attn: Jak]

What do you choose? A poisoned rose, or a knife in the shadows?
Post Reply
27 posts

On The Outside [Attn: Jak] 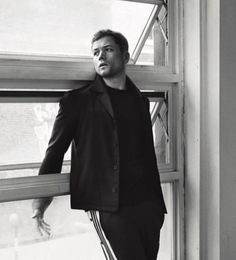 Damien Wetherford
Darkling Hunterheart | Wyrd 1 | Presence 3 | Eidetic Memory | Fast Reflexes 1 | Iron Stamina | Lethal Mien | Trained Observer 1
The thought had been there for some time, brought into being by the description that Tom had given of his court's philosophy. It had rung true then and still did, but the revelation of Thomas' presence as the court's leader and the aftermath therein had put a firm hold on any further movement on that front on Damien's part. The seed had been planted, however, a fleck of sand causing the proper sort of irritation that led to the slow but sure formation of a pearl of questions and soul-searching that had finally hit the point where it was ready to be harvested. The motley's views on Richie for his "split" allegiances were a deterrent, sure, but of the four options given the path of renewal offered by the Verdant seemed the best fit for what he wanted to do going forward.

And it was thus that led Damien to seek out his fellow knight, the question in mind weighing heavy but necessary nonetheless.
Your friendly neighborhood Latin Nerd
"Pay no attention to the man behind the Storyteller!"
Top

The benefit of living in the same location was that Richie wasn't that hard to find. That wasn't to call the act easy, either - the Hallow was a massive location that could easily house an entire court, should the need arise. Not *New Haven's* Courts, which were large enough to be considered their own organizations and likely bigger still as they were the Great Courts, but still - a Court.

Damien would find Richie in one of the closets. The term closet was the wrong one - it only looked like a closet because most people didn't actually know about it or what it's purpose had been. A while back Richie had built it, probably as a form of escape, and placed a ton of goblin fruit into it. The thing was that these goblin fruit were not your typical run of the meal fruit - they were fruit with curious effects.

Damien likely finds the place not because he thought to look there, but because while looking he smelled the scent of burning fruit, not quite unlike weed but not quite the same either. The fragrance was alluring to a certain degree, like when you set a rose on fire and breath in the scent - but some instincts would always tell you fire could be dangerous.

And when you knock on the door and are invited in, there you will see the other knight - working up a bong full of crushed goblin thorns. Seeing you, he lights the end - lets it boil for a minute before breathing in the steam. "...Hey Damien. What's up?"
Top

Damien Wetherford
Darkling Hunterheart | Wyrd 1 | Presence 3 | Eidetic Memory | Fast Reflexes 1 | Iron Stamina | Lethal Mien | Trained Observer 1
It was indeed the smell that caught his attention, his general awareness heightened as it was by their years on the board along with the growing familiarity with the local Hedge's bounty. Damien nodded when he was invited in, closing the door behind him before eyeing the bong for a moment to see what was in it. "Just had a quick question. I'm...thinking about petitioning to join the Spring Court, and was wondering who you talked to on that."
Your friendly neighborhood Latin Nerd
"Pay no attention to the man behind the Storyteller!"
Top

There is a soft coughing at that, a mixture of too much water in the air and maybe a little surprise. Richie looked over at Damien, and said honestly, "Not what I expected out of you, I'll be honest. You never struck me as a drugs, sex, and rock and roll kind of dude. But..."

He shrugged and said, "Sure, I'll help you out. Come in, take a seat, and we'll smoke a bit and talk."
Top

Damien Wetherford
Darkling Hunterheart | Wyrd 1 | Presence 3 | Eidetic Memory | Fast Reflexes 1 | Iron Stamina | Lethal Mien | Trained Observer 1
"I'm not." Damien clarified, taking a seat beside the other knight. "From what Tom said about the court that first time he came here, though, the whole 'focus on living' thing was appealing. I looked at Summer for a while, but as angry as I am about some of the shit we've dealt with I don't want to focus on that, you know?"
Your friendly neighborhood Latin Nerd
"Pay no attention to the man behind the Storyteller!"
Top

"People go the route that tends to feel right to them," Richie said with a nod. He took a hit, and passed the bong over to the other knight. "That said, if your looking to join Spring, one way or another your gonna have to deal with Thomas again. It won't be an easy path, not here with the rest of them, not like it should be - but if you think you can do it, then it's as simple as swearing in to someone qualified to swear you in."
Top

Damien Wetherford
Darkling Hunterheart | Wyrd 1 | Presence 3 | Eidetic Memory | Fast Reflexes 1 | Iron Stamina | Lethal Mien | Trained Observer 1
"Yeah...him and Amber." Damien made a face at the thought, shaking his head before eyeing the offered pipe. He hadn't touched the stuff - or the mundane version, at least - since well before his Durance began, and while there was a brief moment of curiosity about how the Hedge thorns would differ he ultimately declined, holding a hand up in a "no thanks" sort of gesture before he continued. "Think I can handle that, though."
Your friendly neighborhood Latin Nerd
"Pay no attention to the man behind the Storyteller!"
Top

Richie:
"Ah come on, lighten up a little. With the shit we've been through and the things we've seen, trust me when I say the bong ain't gonna hurt," He laughed and said, "Well, either way. I get the issue with Thomas - mean hell, I have the same issue, but Amber... to be frank, you can't be that ill adjusted to women hitting on you. I mean, I know you don't swing that way but if anything that should make it EASIER for her not to fluster you, right?"


Damien Wetherford:
"I"m good, really." He shook his head, going quiet as the other knight spoke of Amber. "Getting hit on is one thing. With her it's...something else."

"I tried for a while to make myself attracted to women, and it went about as well as you can expect. After a while I accepted that it wasn't going to happen, but there's something about her that I am attracted to, and it feels wrong because I know it's not true. If that makes sense."


Richie:
"Well, I mean, she is a goddess of desire - allegedly. And with us, especially, the definition of who we are as people is... fluider than most." He breathed in and smoked a bit from the bong, before saying, "Perhaps what feels wrong is that you have wrapped your identity around the impossibility of... you know... how she makes you feel? Like, I mean - is it chemical? Is it biological? Is it aesthetic, that attraction you feel? Because we all feel it. A connection with her that's hard to put into words, and that's dizzying to say the least."

He breathed into the pipe, and said, "Answers though don't come by not looking at them. Let me know if you change your mind about the bong though - it tends to help with things like this. You know, they have a refinery for this sort of stuff? A mutual group function between the Court of Innocence and the Court of Knowledge?"


Damien Wetherford:
"Yeah...'s why I'm willing to deal with her more often, if only to try and pin it down. I know she's noticed I'm uncomfortable about it too, although she hasn't said anything about it yet." Yet being the optimal word there...

"I didn't, no. Focused more on the culinary side of things when it comes to the fruits. Makes sense, though."
Your friendly neighborhood Latin Nerd
"Pay no attention to the man behind the Storyteller!"
Top

Richie:
4 | 06/30/2020 3:32 am "It's all the same. No matter how you slice it, the fruits are fueled with psychoactive congruent properties which will modify or effect a person's physiology in strange and unquantifiable -- whoa, they shredded the mind bark into this, didn't they?" He shook his head, and said, "No matter which way you look at it, it's going to have an effect on you. The question is, how long, how fast, how effective and through what vector. Same as drugs, in fact. Sure, you got your herbs which are used for seasoning, but how many of them have subtle effects that we aren't entirely aware of? Most of which we ignore, but some of which folks profit off of." He shrugged and said, "Amber is a fun girl. Scary powerful though, found that out the hard way."
Top

"Not saying you're wrong, mind, about the other effects than flavor. Just haven't looked into it as much." He nodded, pausing to give Richie a curious look as he continued. "Oh? How so?"
Your friendly neighborhood Latin Nerd
"Pay no attention to the man behind the Storyteller!"
Top
Post Reply
27 posts

Users browsing this forum: No registered users and 6 guests