by Jakondite
The Tree considered what it's name was, before it said, "Christmas Tree? Yule Tree?"

"I'm going to call you Professor Oak," The mousy piper says says, in the most chipper voice she could manage.

Lily, the White Queen, looked over to Sabrina - one of the Bishops - and an unspoken communication seemed to be going on between the two of them. As the brief communication seemed to continue, Sabrina checked a pocket Mirror, before quietly making a thumbs up sign. Lily smiled a bit, before looking around and saying, "Alright guys. I think... we're safe. It's a little hard to see, but our friend isn't a natural hedge beast. He's a servitor, animated with... very familiar magic. So you can relax."

The tree seemed confused, before Lily said, "Anyways! MERRY CHRISTMAS! We should start passing these things out, no?"

by Colibri
Shane's ears pricked up at the words PASS OUT. Looking around at the others, the Knight decided that if someone had to take on the brave mantle of giving then maybe....hey guys, presents....oh well hell. He wasn't going to wait or keep anyone else waiting. Besides, there was this odd quirk of wheeler pragmatic thinking to get the group moving and motivated, whether to a set destination or other goal.

Clearing his throat slightly, he gave a chin nod to Queen and Bishop, then, "Okay, if no one has any objection, then I volunteer to help Professor Oak." 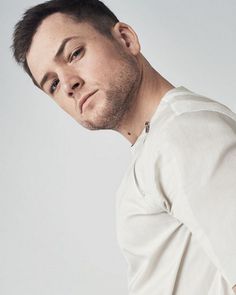 Damien looked back to Diamond with a smile, mouthing "it's okay" before motioning her back out and looking towards the tree once more. "I can give a hand."

The Darkling moved to do just that, grabbing a chair and moving it closer to the present pile to aid in getting everything divvied out. *She peeked up to Damien as he mouthed his 'ok' not too convinced... but him and everyone else seemed ok with the sudden Grandfatherly Tree.... so she tried to not eep and hide when he moved near the tree, instead watching, juuuust in case became suddenly old grump pops and tried something... she though had a feeling? hope? probably hope' it was going to be just fine like the said, so.... she kinda fidgeted, and kept watching, not offering to help, it mean socializing too much! but yes watching, curious, a bit nervous still*

by Jakondite
(Apologies, needed to think about what everyone might consider a present. Apologies, Colibri - I don't know your character well enough to have any good ideas. If you PM me some pitches, I can consider them to apply, but the presents will be mostly narrative)

As the presents got passed around, there were... well, there were a lot. More than you would have ever expected would be in anyone's budget - after all, thirty young adults, whose mentalities may still be teenage because of what happened, gifted as such? Even the cheapest gifts would be expensive, if enough were provided. But there were many - small things and large things, catered to the direction of people's wants and needs. Some people were provided with weapons that were unique and fey. Others were provided with things that might see a more non-combative utilitarian function. A nice set of clothes. A tapestry of supplies that was built off of various emotions to be squeezed into paint or clay. Games you could play with a group (nothing electronic unfortunately) - though, Artie did get a blueprint.

For Diamond, the most notable thing she would get - above and beyond the call of clothes, fabrics, needle and thread - were two weapons. One was a thin sword designed for fast movements, and the other was a much smaller knife she could take out in public. The knife, however, was probably the most expensive item given to anyone there: It was made completely out of Diamond.

For Damien on the other hand, he got a number of cooking supplies as he'd established himself as the cook of the group. Some books as well with interesting recipes. Some books that were actual books. There was also a small present from Artie and Shelby, that was just a card with an address on it.

The number of gifts that came Damien's way was surprising but what he received was definitely appreciated, taking a moment to flip through the recipe books before setting them to the side to be put away in the kitchen later.

by Jakondite
(Whose post is it?)
(Do you guys want me to wrap this one up?)

by Colibri
As Shane watched the others as they opened and commented on each of the gifts, he found himself...it was as though any enthusiasm he felt for the holiday and group activity had simply....evaporated...once the set task of helping distribute the gifts had been completed. He looked up to see if any of his disconnected emotions had decided to rise above the common area and vanish into the texture of the ceiling before he could catch them and stuff them back into what passed for a heart these days.

"I...." he turned his head, then, "y'all have at it. Have a good Christmas." He sighed as he lifted himself up from his reclining position. "I'm sorry, but I don't feel this anymore and I know that a lot of work went into it just to have someone decide to leave. I'm going back to bed. Maybe things will click or something and I'll come back and get my stuff."

*To say she was surprised about her gifts was a big thing, well guess she never thought anyone would give her anything, or... she wasn't sure, but it felt... nice, and she did smile at the needles and threads and sewing things... gasping a tad when she came with the weapons, both because... well NOT expecting anything like that and two because... the dagger not only felt perfect, but she felt connected simply by nature... it also made her wonder who it came from, if all because it felt like it was someone who might know her well... and it was odd, she felt an odd urge to hug it like if it was a teddy bear! she didn't... not there anyhow, but she did touched it softly*
All times are UTC
Page 2 of 2
Powered by phpBB® Forum Software © phpBB Limited
https://www.phpbb.com/